​​​​​​​The Annual New York Cares Coat Drive, now in its 30th year, is New York Cares’ flagship program and one of New York City’s most recognizable charitable events. Each year, New York Cares urges residents to donate new or gently used winter coats, or dollars, to provide for New Yorkers in need. The 2018 campaign ran across the five boroughs and nearby suburban neighborhoods, including skyscraper locations in Times Square and MetroNorth light rail. For the 30th anniversary, two “pop-up shops” were opened with the goal of embellishing the donation experience. Coat donors dropped off coats in a warm, inviting space and had the chance to write a thoughtful message to the recipient of their coat. At these two locations, which were both open for only five days, New York Cares collected over 2,500 coats and received multiple press mentions including television, radio, and a high-profile celebrity collaboration with rapper and TV personality Lil’ Mama.

Eivor was in charge of creating the event branding, as well as executing the design. She designed print ads, digital ads, promotional materials, and videos for Times Square screens among other locations. Eivor was part of the team brainstorming the campaign. For the pop-up shops, she art directed the execution and oversaw the team. 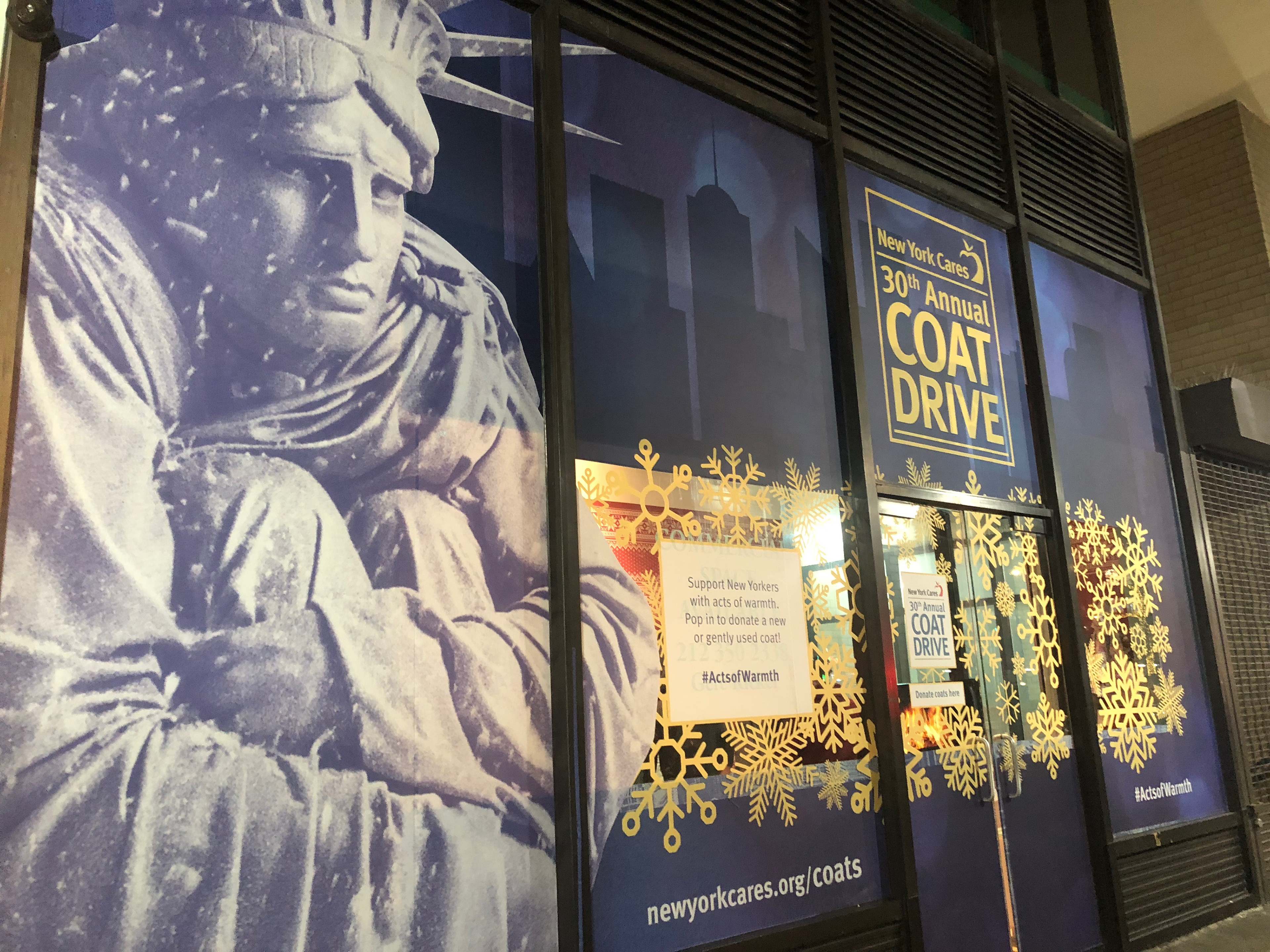 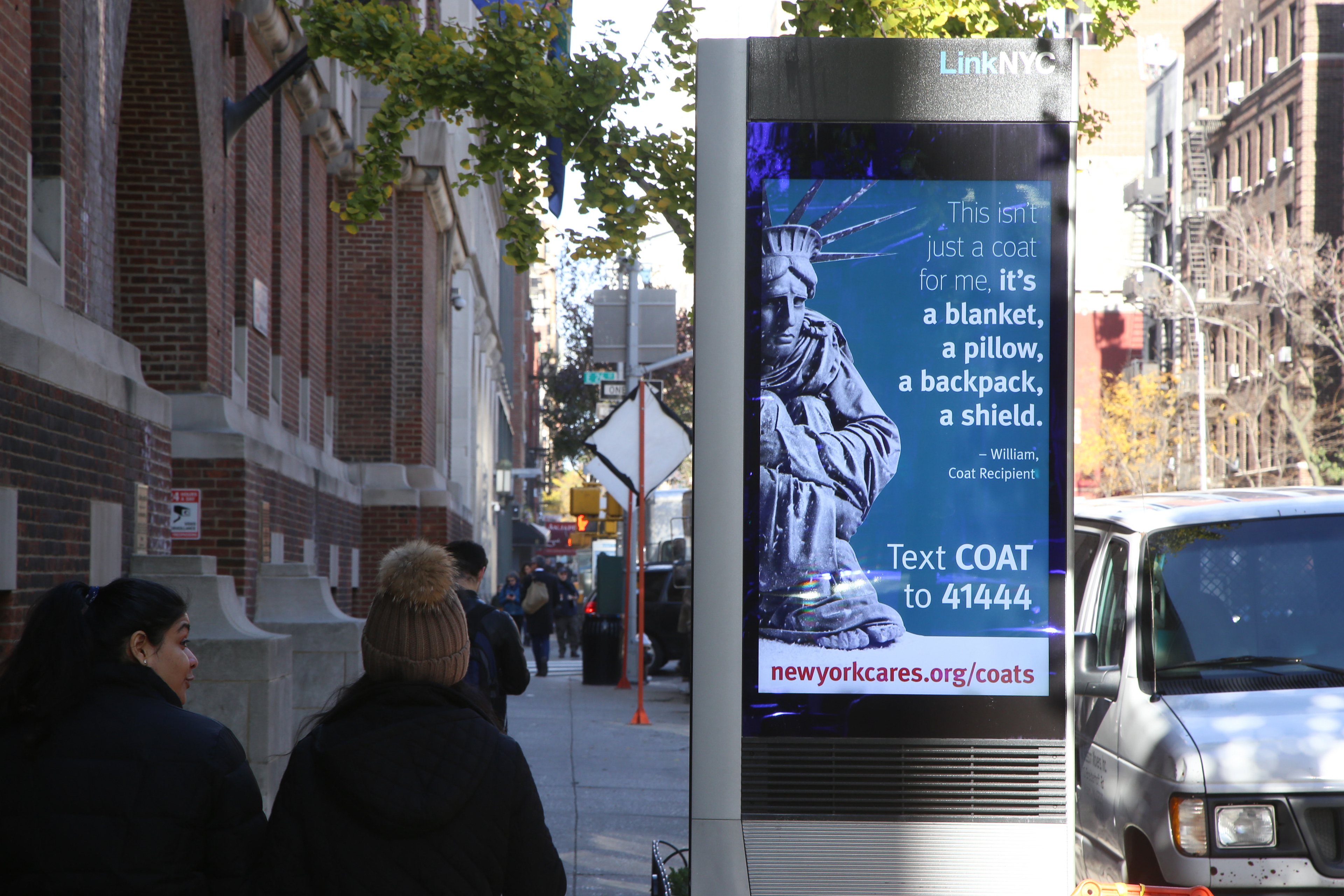 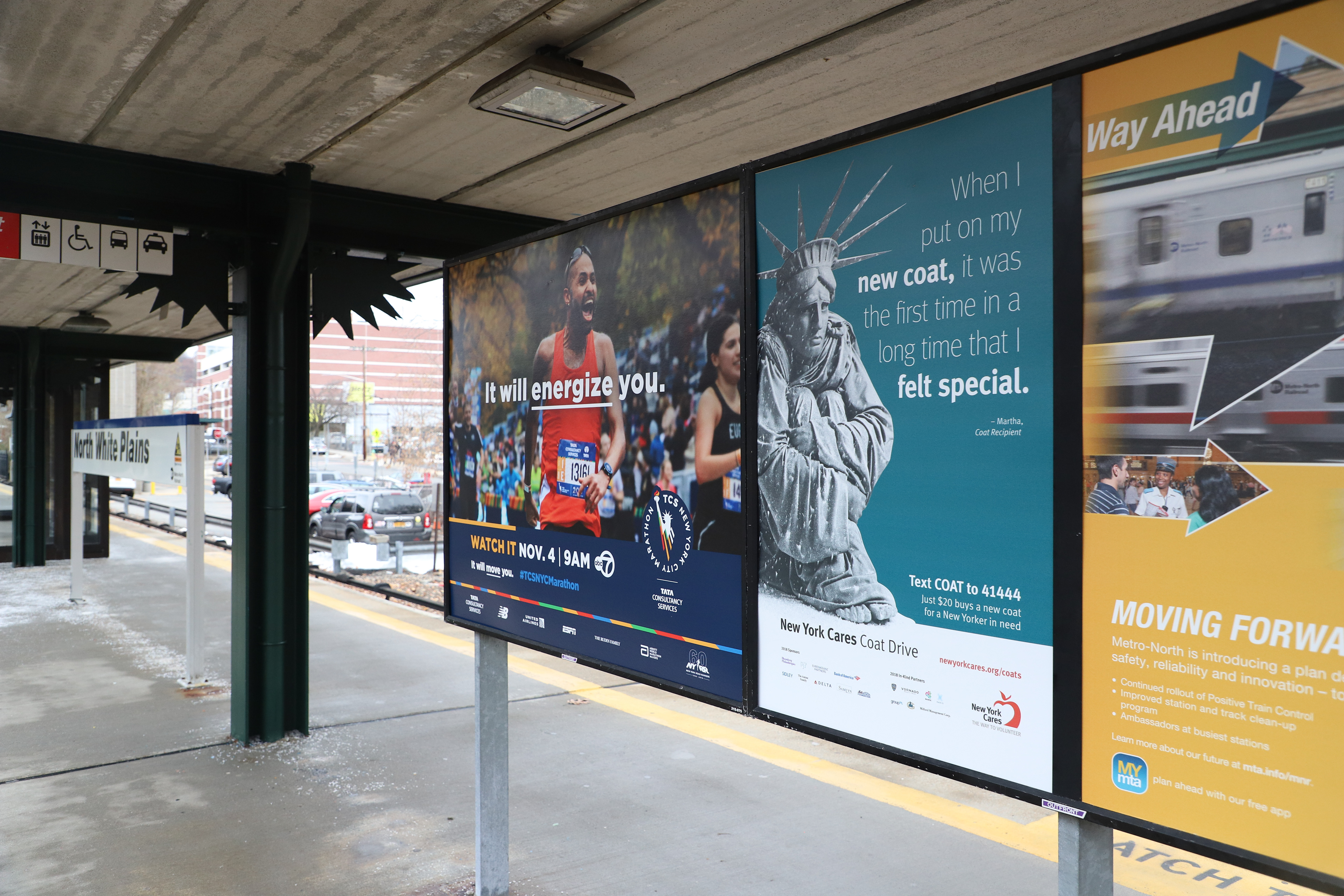 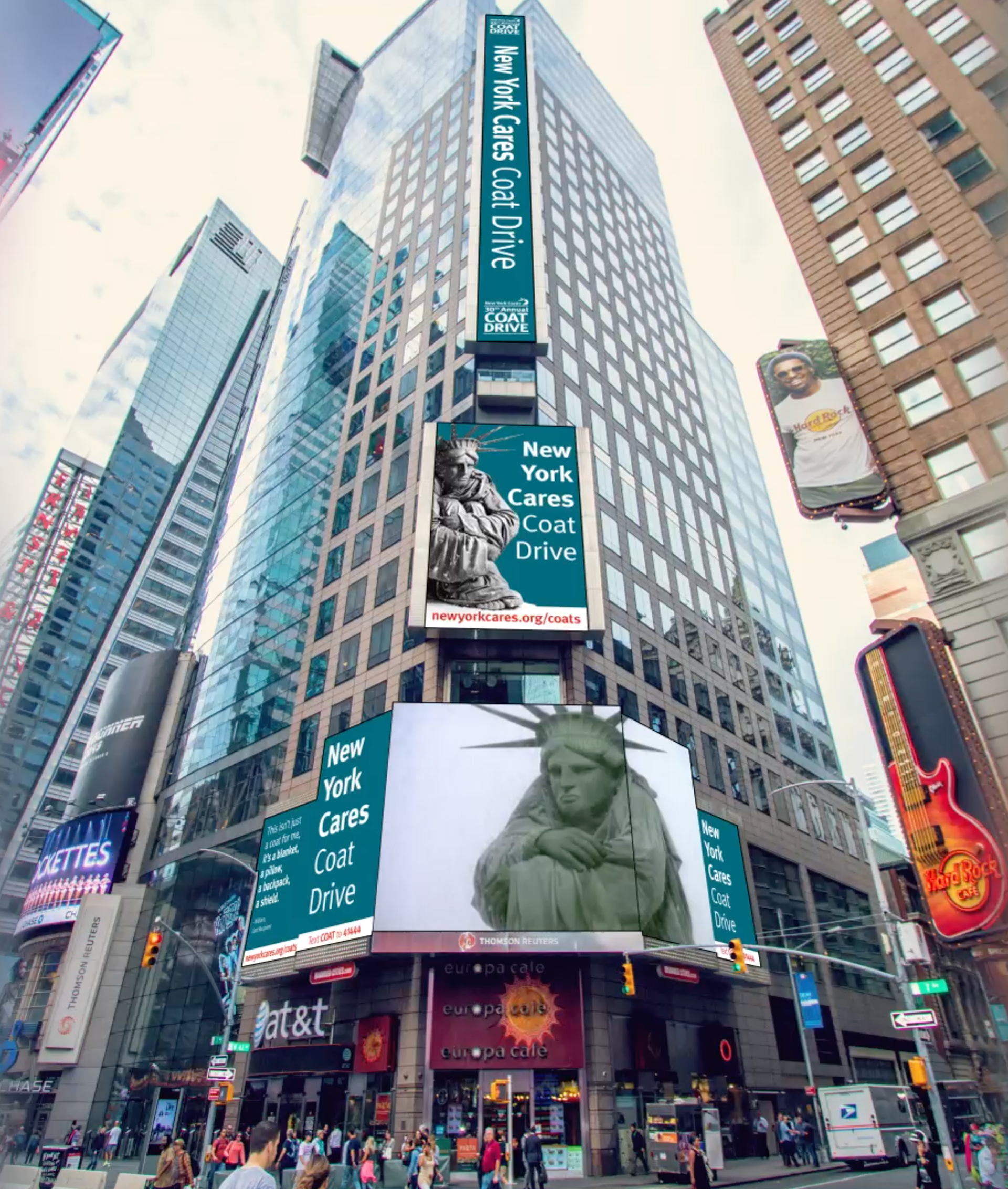 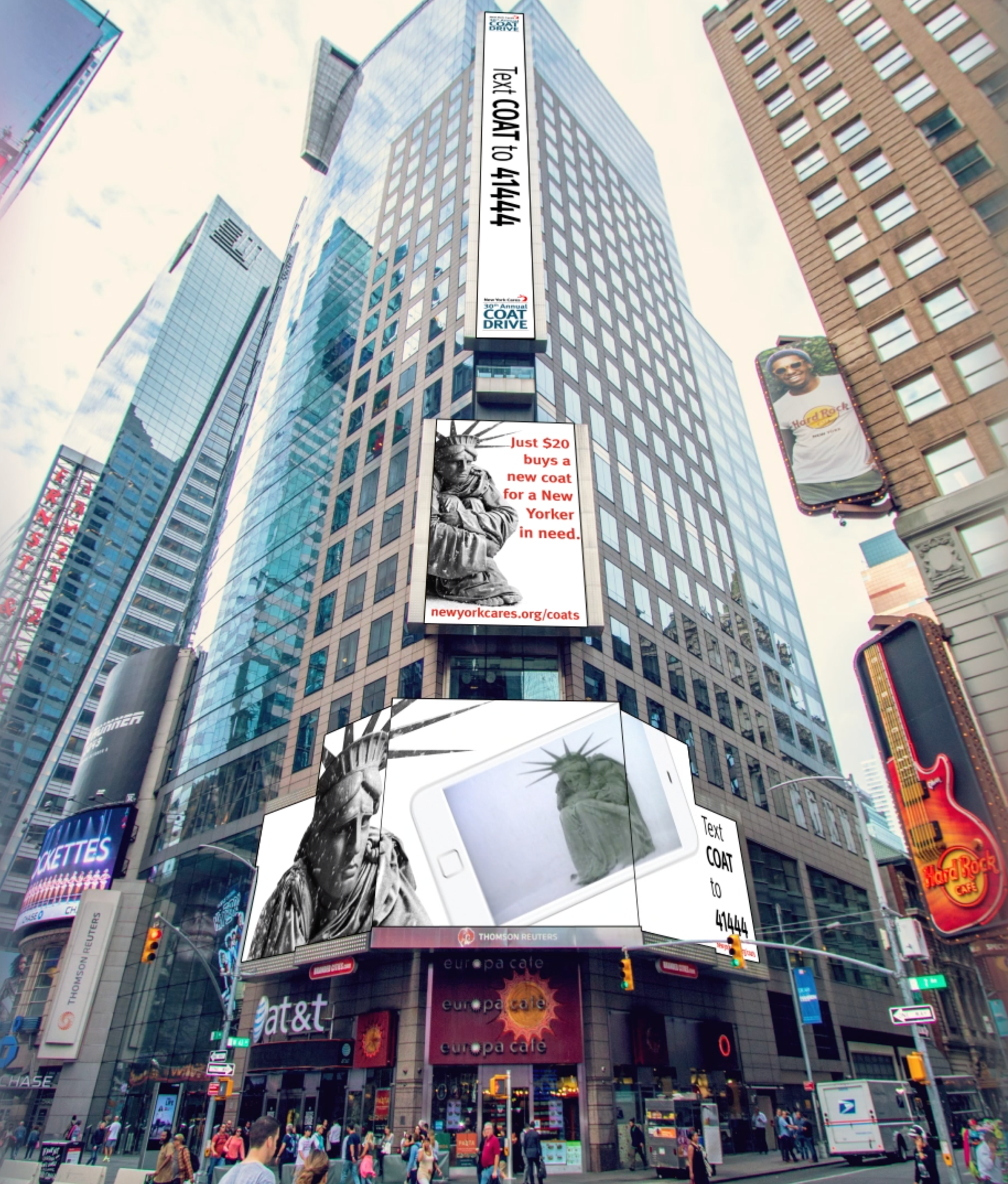 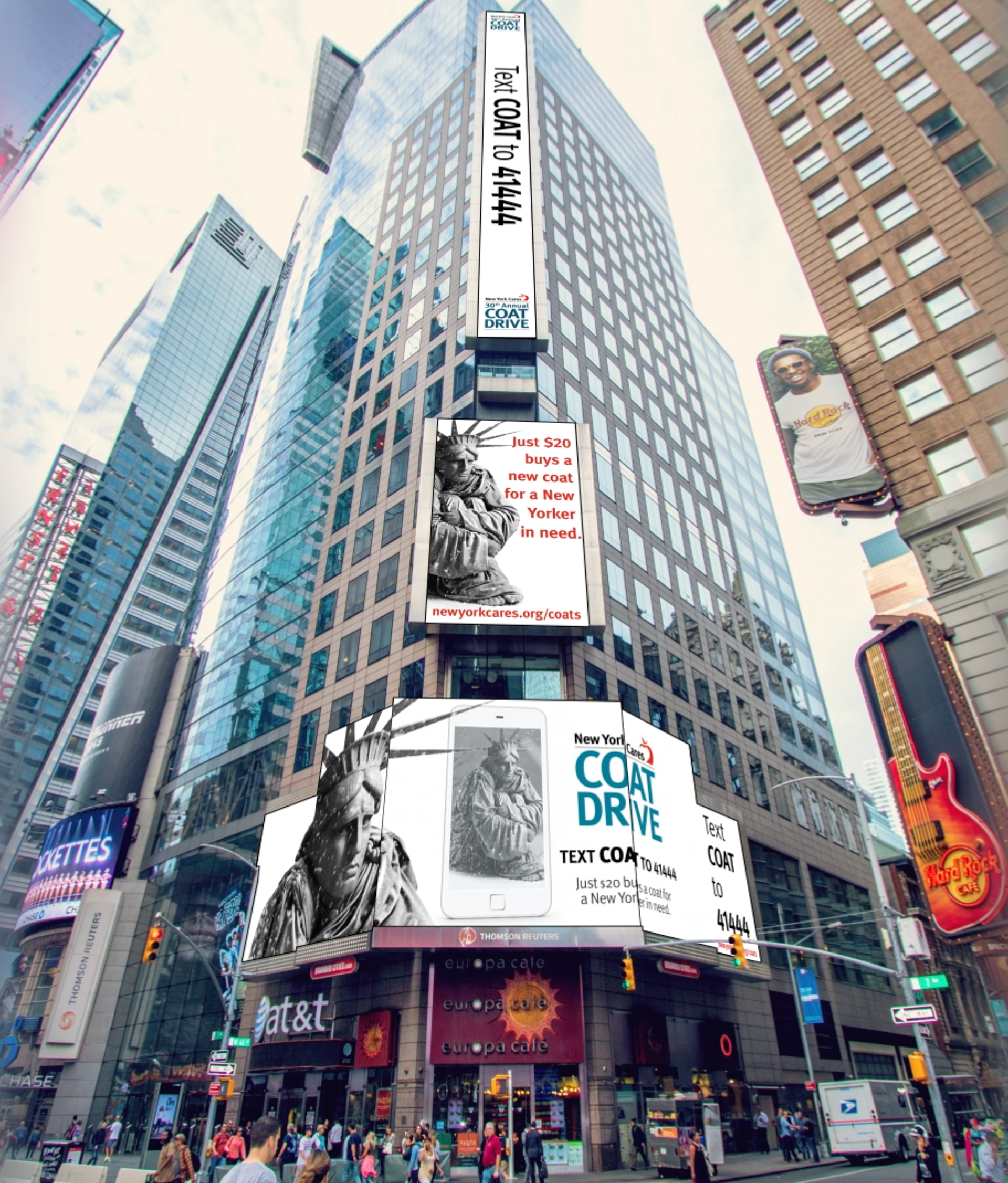